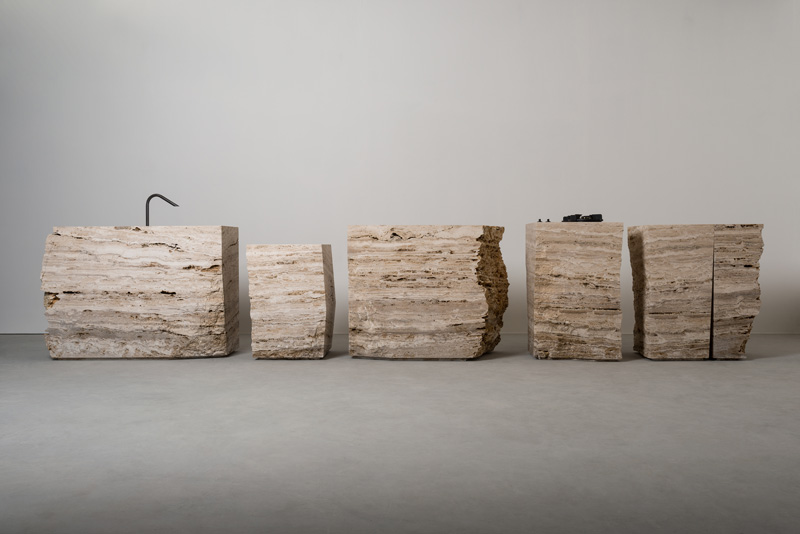 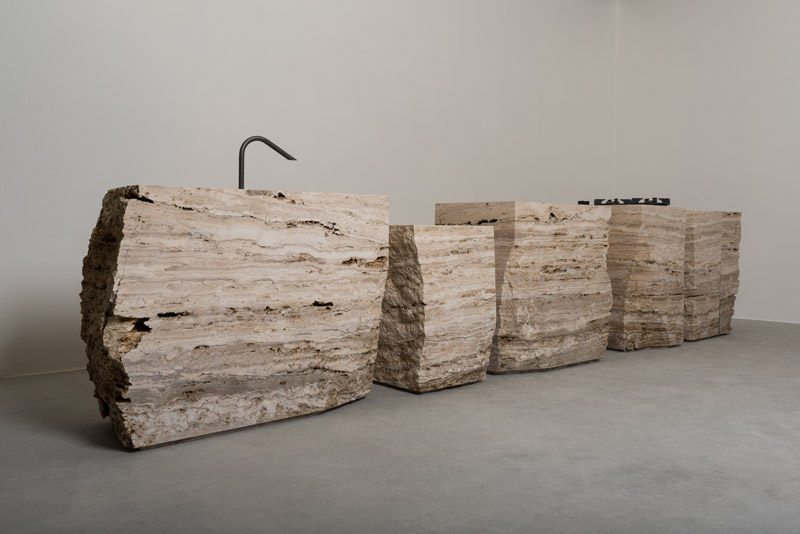 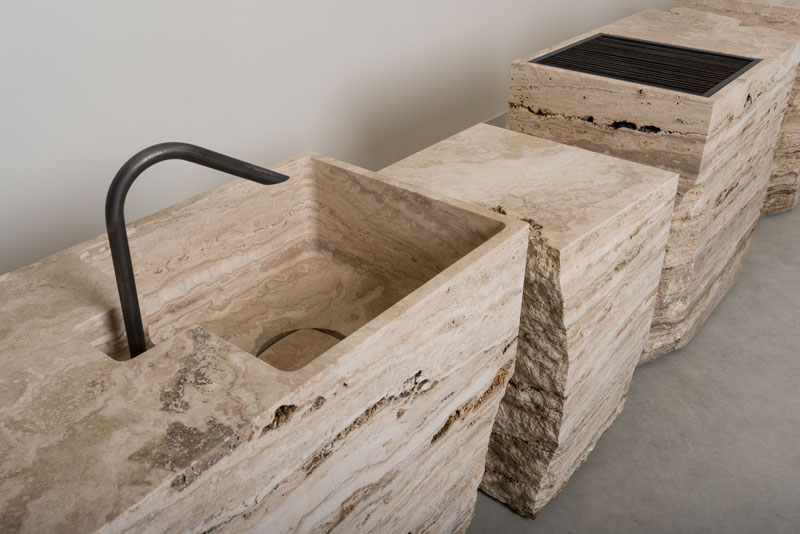 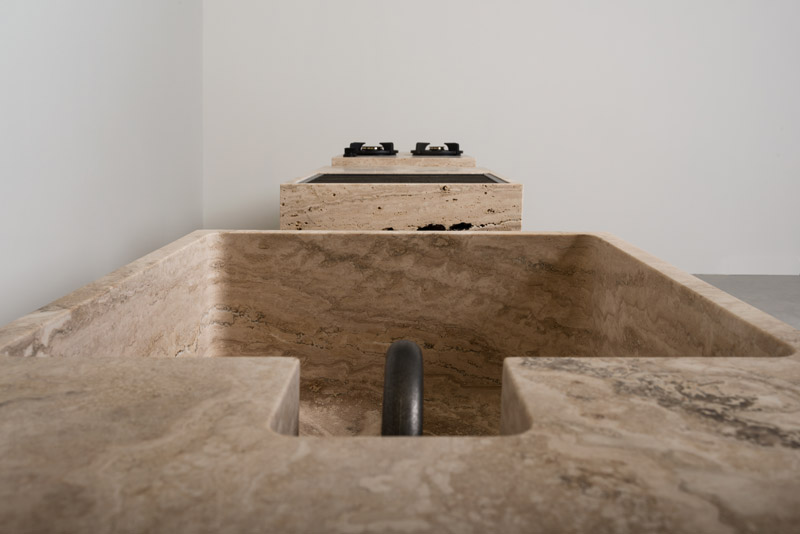 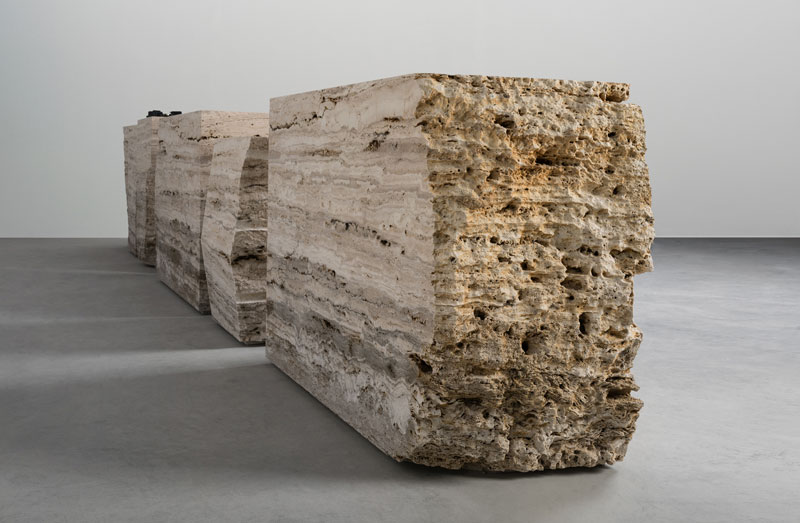 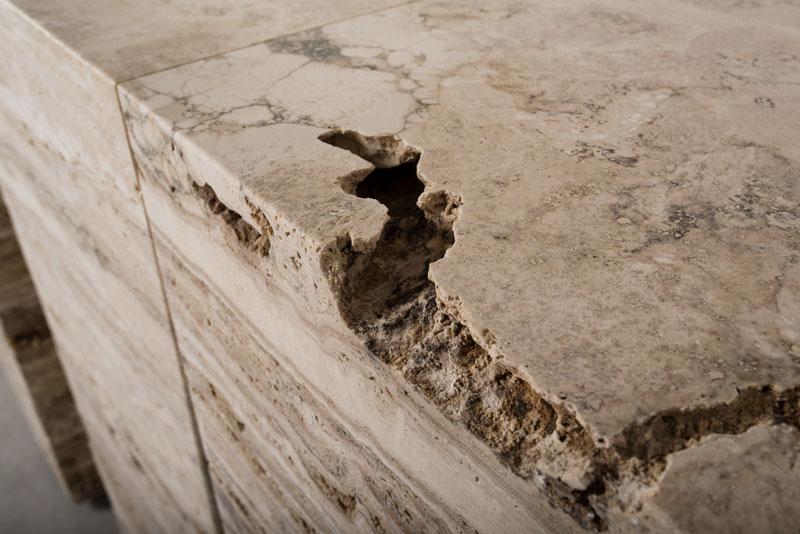 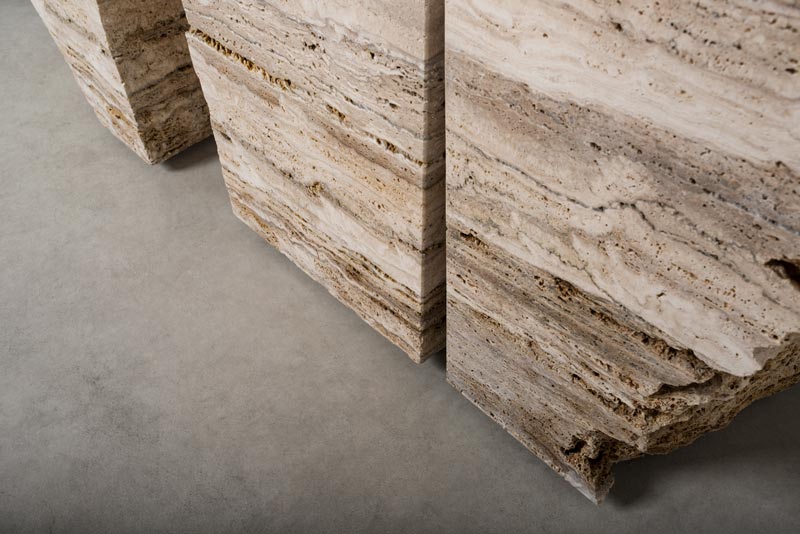 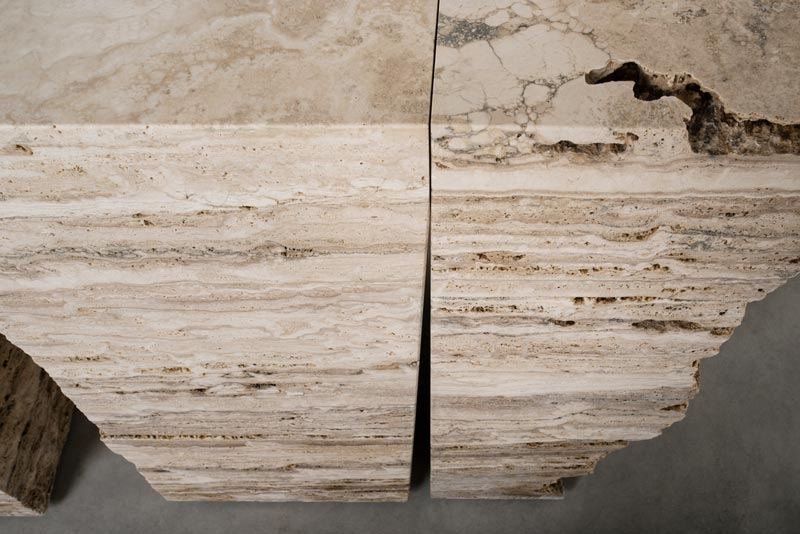 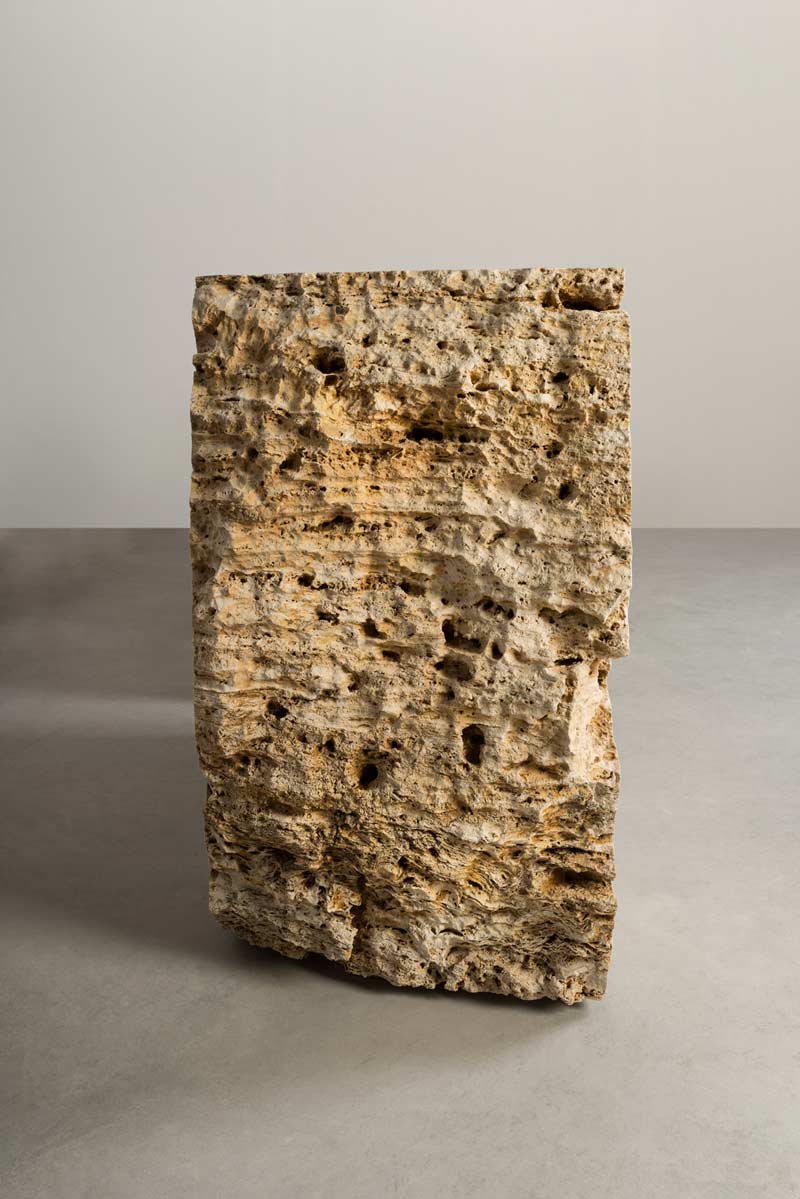 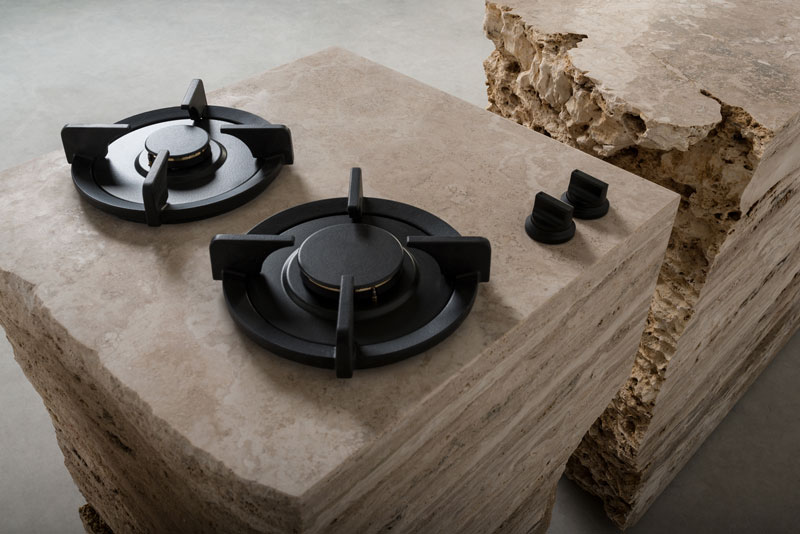 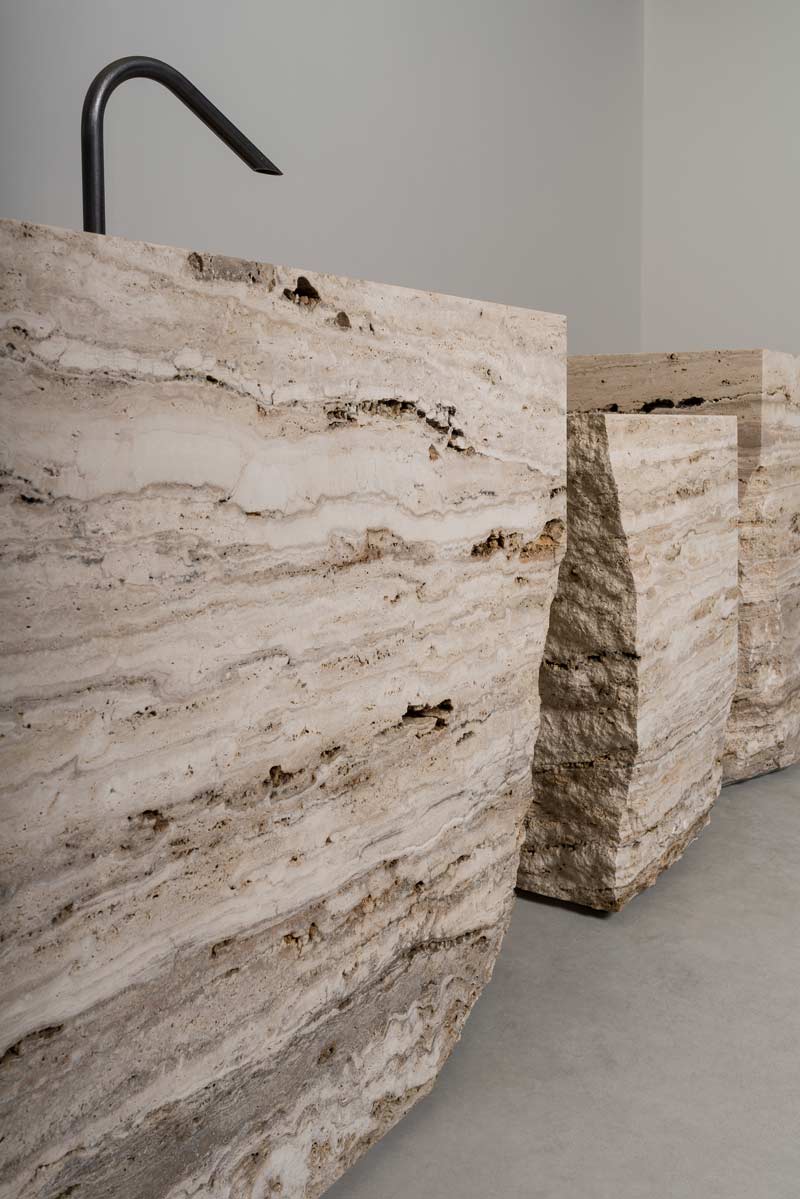 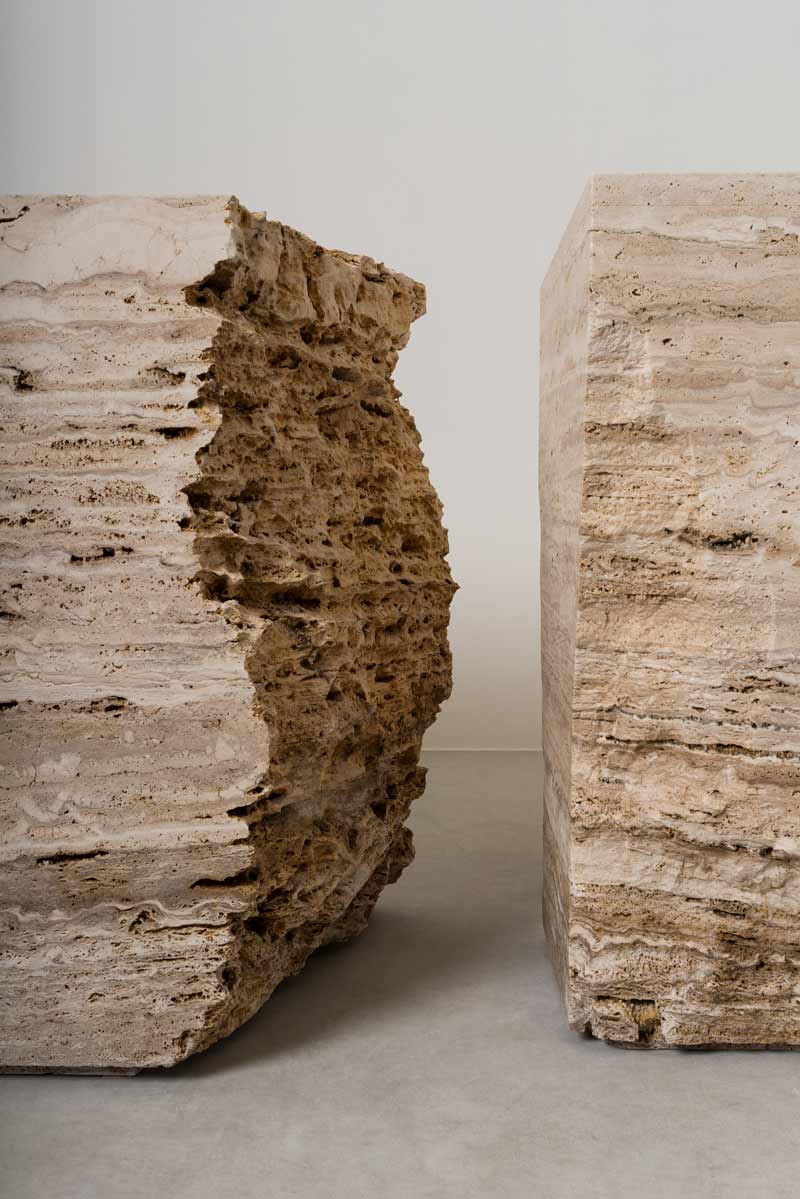 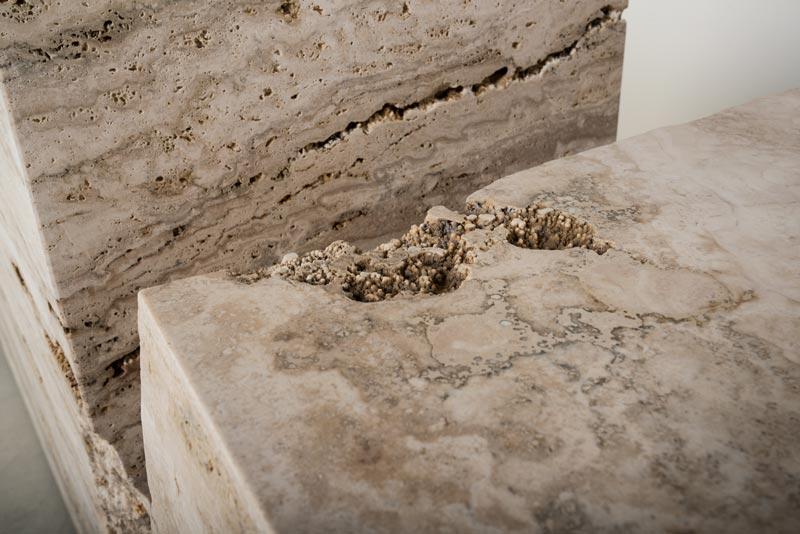 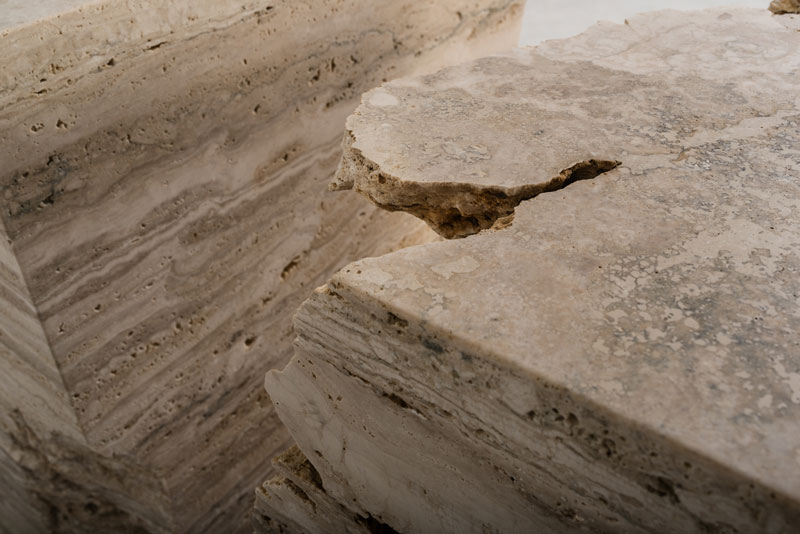 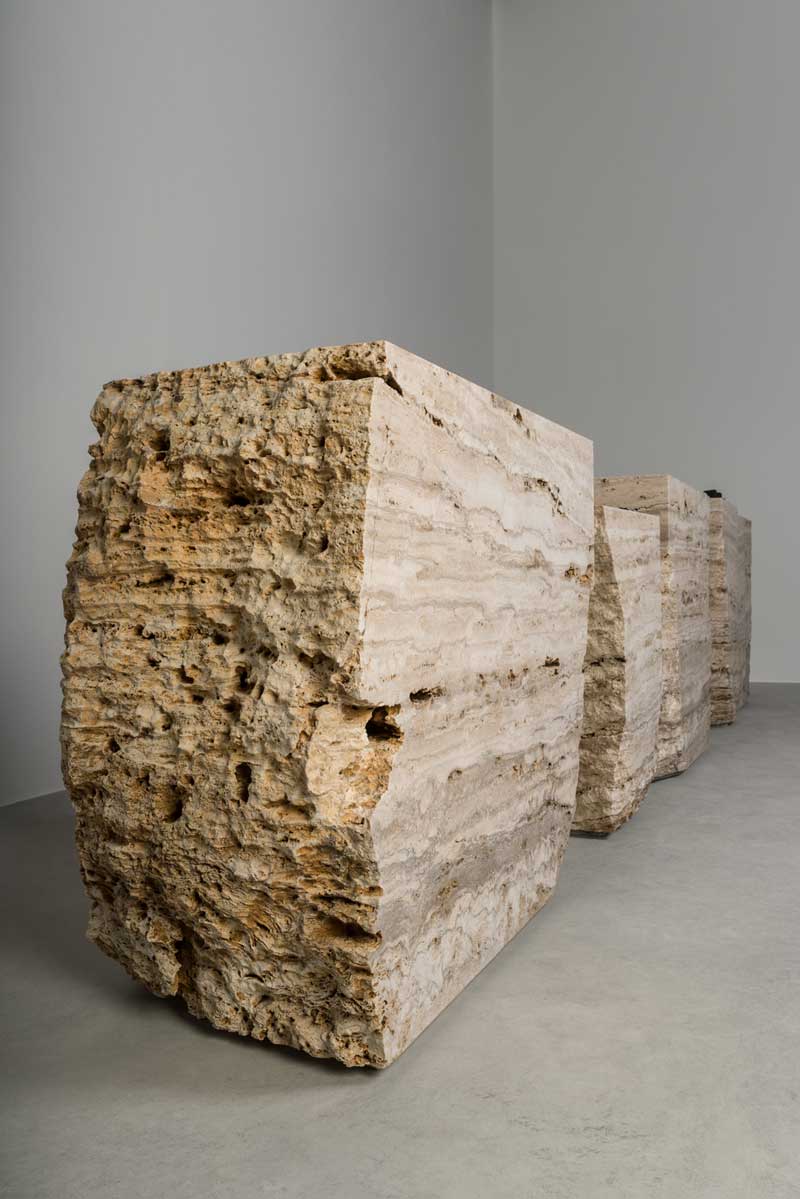 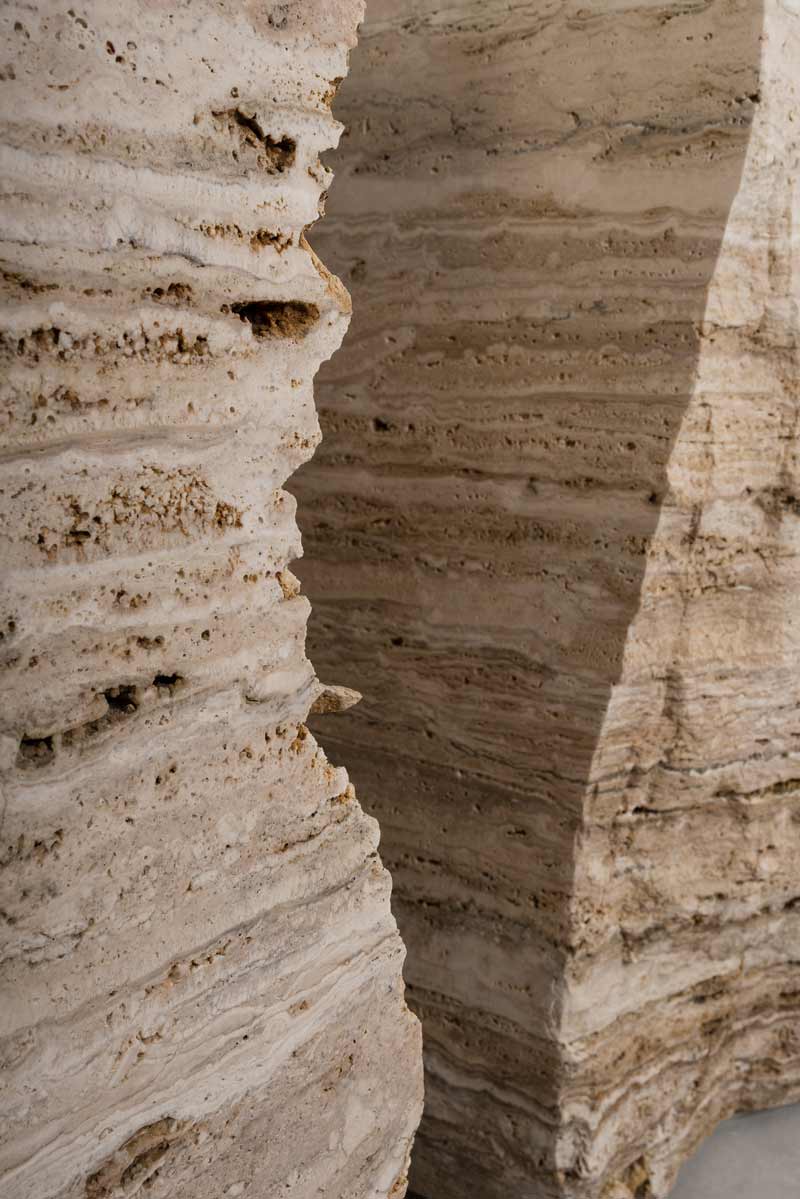 "Under the vast green carpets of meadows and forests lies a resource waiting to be transformed. Layers of crystallized time awaiting excavation and transformation.

There are those who recognize its beauty even when the stone is still in the form of quarried blocks, and can foresee its beautiful finished future.

This powerful scene of orderly set of raw stone blocks standing in the field, each one different from the next, and the captivating idea that the rawness of them all will soon be tamed to become a uniquely designed product are the inspiration for this outdoor kitchen.

Like the splitting of the chrysalis and the slow unfolding of the wings, this outdoor kitchen is both raw and refined, reminiscent of its not so far past."

These words by Irene Goldberg, designer of Chrysalis with her brand OBJECT, explain us the philosophy from which the outdoor kitchen has taken shape.

The outdoor kitchen in pictures was obtained from one single block of Becagli Travertine from the Cipressi Quarry, a stone from our territory characterized by a very high chromatic variety, even greater than the other Rapolano Travertines, that distinguishes itself from the other different kinds of Becagli because of its bigger tending to a copper shade.

In fact, this particular kind of stone, with its so strong character, is able to enhance the matter of the kitchen and the unpredictability of its lines, making every piece unrepeatable, a son of the quarry itself.

Irene took inspiration visiting Rapolano Quarries, where is common to see yards with blocks of different dimensions and shape showing natural concrections similar to the ones on the extremities of the outdoor kitchen.

Just to give the feeling of entering in a quarry to whoever sees Chrysalis, the block was cut in a way to get 6 smaller monoliths composing the outdoor kitchen, trying to maintain and use cleft surfaces and the natural fractures, highlighting the contrast between raw and worked stone in order to make the kitchen appear as an object in the making.

The pieces composing the outdoor kitchen have been hollowed-out and than hand hammered in some points in order to get the desired effect.

The outdoor kitchen as per pictures is over than 5 meters wide and, among the various blocks, one of them is dedicated to the cooking area with PITT hobs, one to the bbq and another one to the sink; useless to say that all the components are carved from solid pieces.

At the moment Chrysalis doesn't have any drawer or door, but possible solutions have already been studied, everything to meet the customer's requirements.

As all of our products, Chrysalis is only bespoke realized and it has all the makings to become the outdoor kitchen of your dreams. 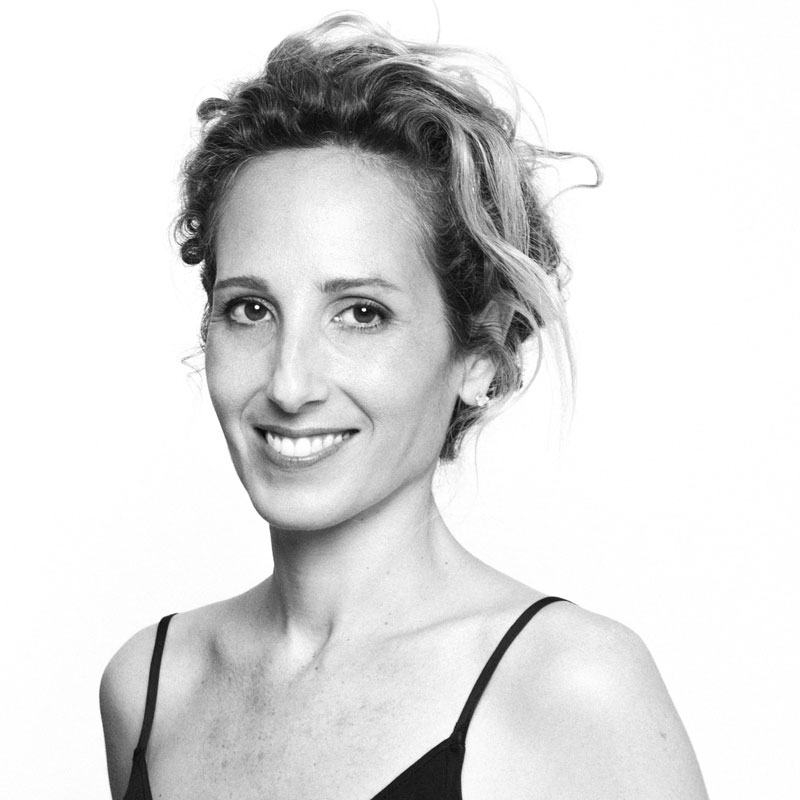 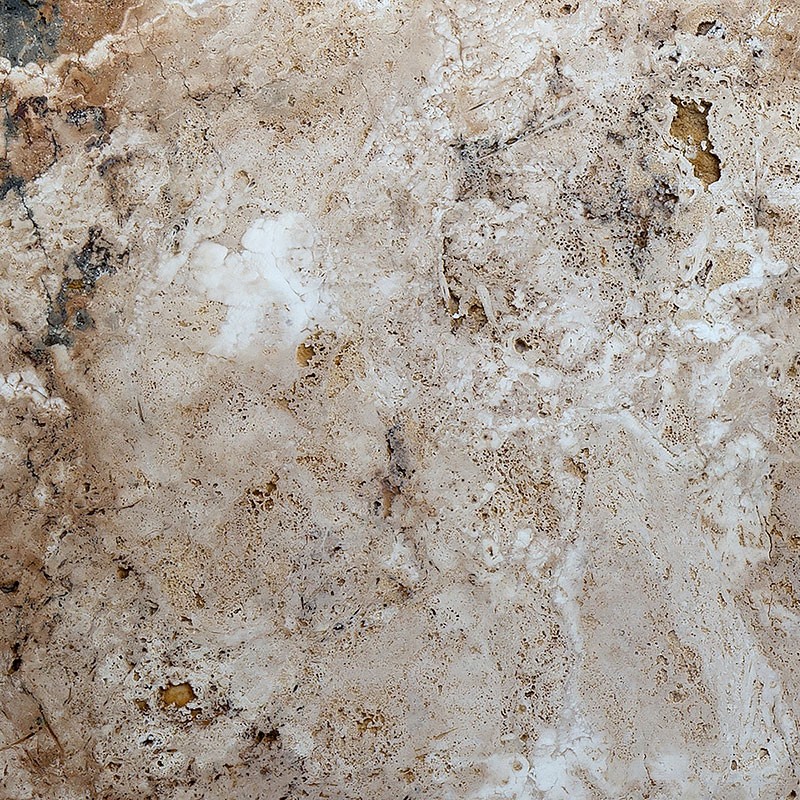