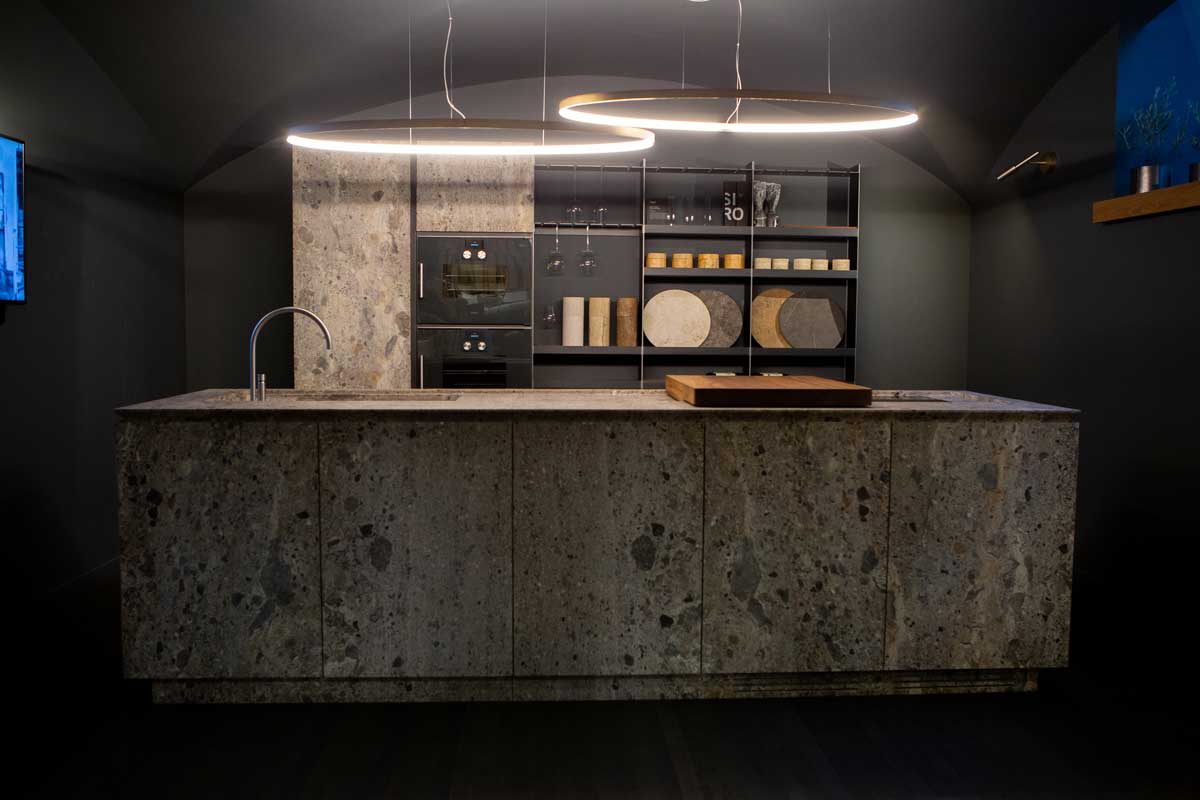 On Thursday, 20 February, in Milan, we showcased our new Pietra da Torre kitchen at the Listone Giordano Arena, to a select group of architects. This valuable limestone from Siena has been combined with the OCO kitchen island, designed by Gargano and Fagioli, using distinctive minimal lines which make the heterogeneous materials stand out with endless tone changes; the intent here is to bring back life to this stone, which is closely associated with the history of Siena and its towers, with a contemporary outlook and including a variety of indoor and outdoor elements. 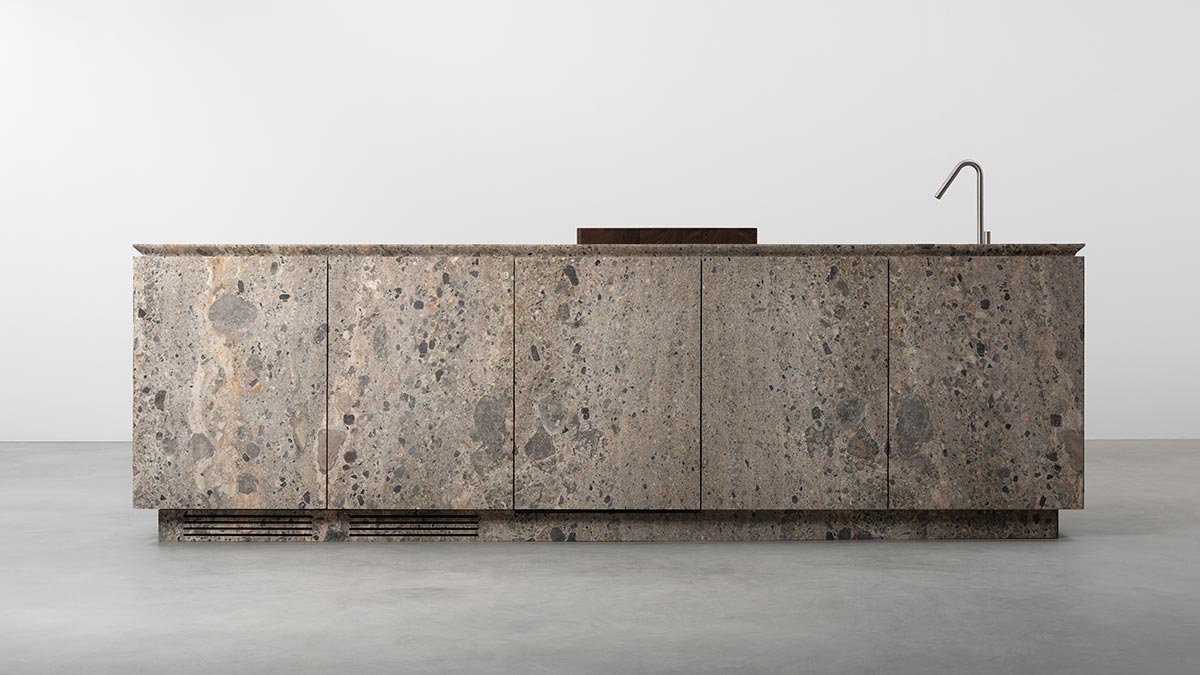 Pietra da Torre, a rock from the Montagnola Senese area, to the west of the town of Siena, has extremely low uniformity and is very difficult to extract, which are probably the reasons why it is not so well known.
This material is closely connected to the history of Siena; it has been used since the 10th century for many of the most renowned buildings in the city, for example the base of Palazzo Comunale and Rocca Salimbeni, for the city walls, as well as to draw the “sections” in Piazza del Campo; its most characteristic use, however remains in the numerous towers which are found all over the old town, after which this stone was named.

The Torri (towers) – at least until the 14th century – have been the highest expression of aristocratic families from Siena, which, over the years, worked to reach increasingly dizzy heights. This “race to the top” was interrupted by the plagues in 1348, which – following other catastrophic events – dramatically reduced the number of towers in Siena from about one hundred to a few dozen today.

The Pietra da Torre was no more fortunate: it ended up being used as road paving foundation. During the last few decades of the 20th century, its intensive and reckless extraction using explosives caused serious damage to the Montagnola, leading to substantial waste and subsequent closure of the quarries.
The extraction activity started again just a few years ago, this time following a sensible approach, based on using the material for more valuable and long-lasting work.

In the hope of contributing to the rebirth of this stone, also considering that the kitchen is the contemporary furniture element which most closely reminded us of a tower in Siena, we have decided to use it for our island, despite the difficulties involved in processing a material which shows such little uniformity, and with the mindfulness of materials which is typical of a stonemason.

“While in medieval Siena the towers demonstrated the nobility of the people who owned them, in our current vision we are the ones who ennoble objects through the use we make of them. What can be nobler than being at the centre of our lives and influencing our everyday experience?
Through the OCO kitchen in Pietra da Torre we intend to rediscover a material to be experienced and through which we can share experiences, in the intimacy of our homes or in broader contexts; a stone that can definitely tell a story.”

The OCO kitchen, designed by Emanuel Gargano and Marco Fagioli, is the ideal element to highlight the Pietra da Torre stone, with its minimal lines which further enhance such a markedly heterogeneous material. The well-defined lines of this kitchen are a result of human efforts at the service of a natural component; with its veining and debris the stone continues through the doors and changes in level, reconstructing the original slab.
Moreover, combining the renowned OCO design with an almost unknown material has proved to us that research in design also entails discovering, or rediscovering, materials.

From this research our first MONO in-depth book: a monothematic work dedicated to Pietra da Torre and to the kitchen that has arisen from it.
If you want to read it, click here. 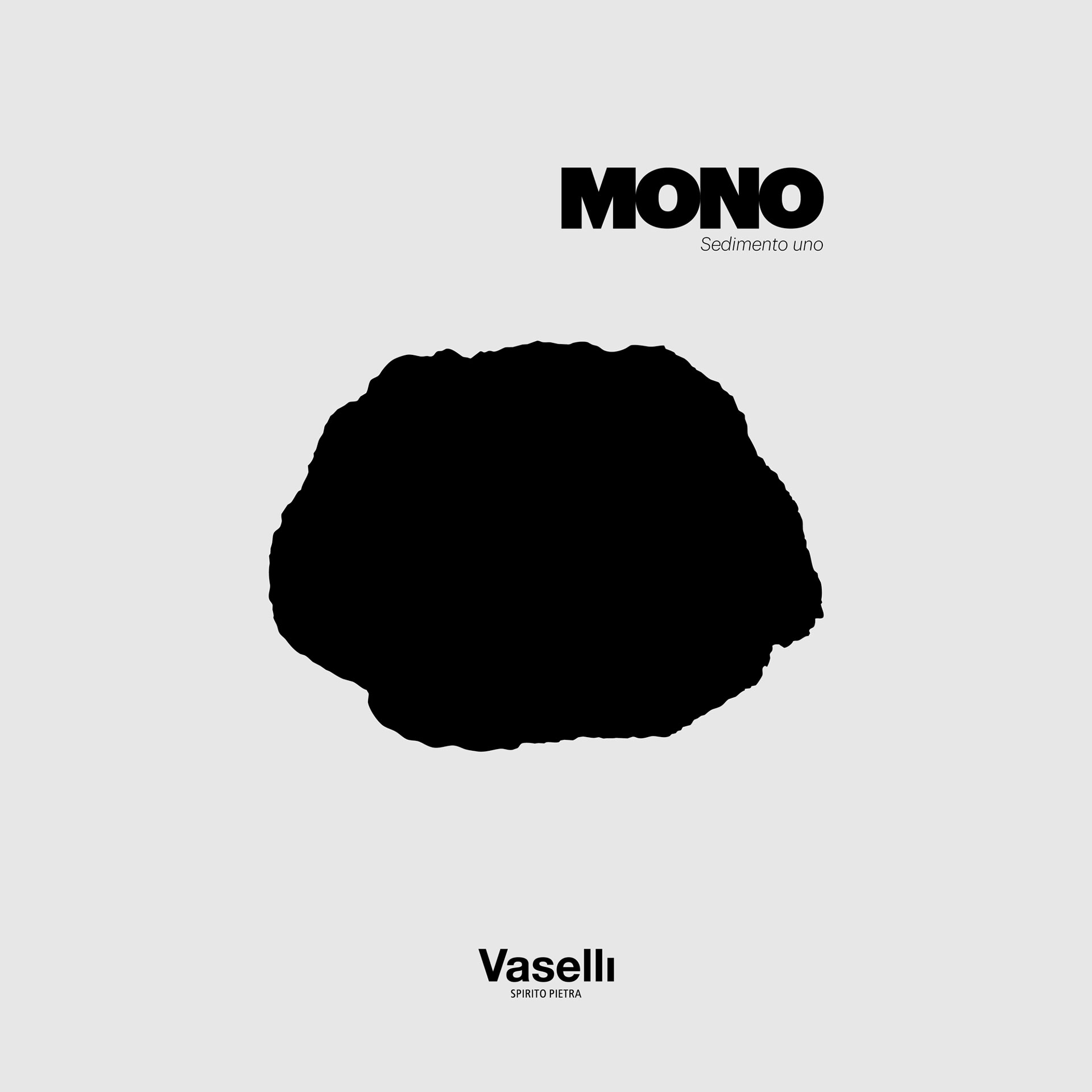 We would like to thank all the participants, Listone Giordano and the other Arena partners, Blueside, Matteo Brioni and Panzeri, for the time that they have spent with us and for their interest in this noble Senese material rich in history.

Practically the fourth generation, son and nephew of marble workers. I inherited the passion for the natural material and for the design that enhances it instead of mortifying it. I would like to pass to you our sensitivity every day and put it at your service, I try to develop the mine in the meanwhile.

Sign up to know all the news about Vaselli!